So as most people know, the Golden Globes were last night. It was a pretty entertaining night, with great hosts, interesting nominees and it also gets me excited for the Academy Awards. So here are a few quick thoughts about last night.

*I thought Tina and Amy were hilarious, with a lot great mix of jokes. Some didn’t really hit, but the ones that did hit hard. I’m looking forward to see who hosts next year, but Tina and Amy will be a tough act to follow.
*I was so happy with Michael Keaton and Eddie Redmayne winning their respective awards. I actually haven’t seen either of their movies, but from small clips and critics reviews, it sounds like they deserve it.

*It was pretty obvious that Julianne Moore would win, as everyone predicted it, but it was nice to see her win. This might make her the only candidate for Best Actress at the Oscars.

*Television was a bit weird as quite a few shows I hadn’t seen won and most were shows I didn’t expect to win. 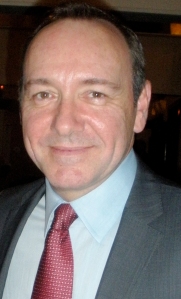 *I was rooting for House of Cards to win Best Drama, but expected it to lose. I was surprised that it lost to The Affair. I am glad the Kevin Spacey won, though.

*Gina Rodriquez surprised me as I haven’t seen that show and had heard she deserved to win but it wasn’t likely that she would.

*In my opinion Fargo should have swept, especially with Allison Tolman’s performance as well as Colin Hanks. It was all around my favorite show when it came out and with recent casting news for season 2, I’m even more excited.

So that just about wraps up all my thoughts on the Golden Globes. While some of the snubs bummed me out, a lot of the wins were pleasantly surprising.